They didn’t open a pizzeria, but they still made dough.

The owners of pizzeria Marco’s Coal Fired have sold an East Colfax lot where they once envisioned opening a new location, for a price nearly double what they paid 1 1/2 years ago. 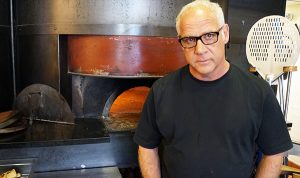 The 0.34-acre parcel has a 4,300-square-foot building on it, which most recently housed Platinum Cleaners.

The buyer was Starfire Holdings LLC, an entity controlled by Matthew and Candace Wickstrom, records show. The Wickstroms own City Floral, a garden shop located nearby at 1440 Kearney St. A request for comment left with store staff Monday was not returned.

Mark Dym told BusinessDen that he was under contract to buy the Colfax property for years, but that the closing was delayed because of litigation involving the previous owner.

Marco’s Coal Fired has two locations, in Ballpark and Englewood. Dym said he originally planned to open another restaurant on the Colfax lot. But by the time the deal finally closed last year, he said, he had nixed those plans, and decided to just list it for resale.

“All in all, it turned out fine,” Dym said of the Colfax property. “I think it’s a great neighborhood. I would have loved to develop a restaurant there.”

We are building for tomorrow because tomorrow is the future and we want to make a contribution to the wonderful digital age that is awaiting us.